Why Verbal Communication Skills are Essential for Students

The idea of communication is that information is being transferred either verbally or in writing and, is accurately received by the recipient. Every action you make that seeks to transfer information is effectively what communication is. However, there is a lot more to it than a mere exchange of information. Effective communication does more than just transfer information. It takes into account important things like mental health, social intelligence, expression, psychological maturity, and so much more. It entails the foundations of the first impression, being prepared to listen, and being about to summarize one's thoughts. Accounting for these few facts is enough for one to see how critical proper communication skills are for students. On top of that, when we consider the importance of verbal communication, we move exponentially close to a make-or-break situation.

The 7% Rule of Communication

In 1971, Albert Mehrabian published research evaluating the verbal and non-verbal (Kinesics) aspects of communication. He concluded that only 7% of the communication was perceived through words, while 93% was through a non-verbal medium: vocal tone and facial expressions. 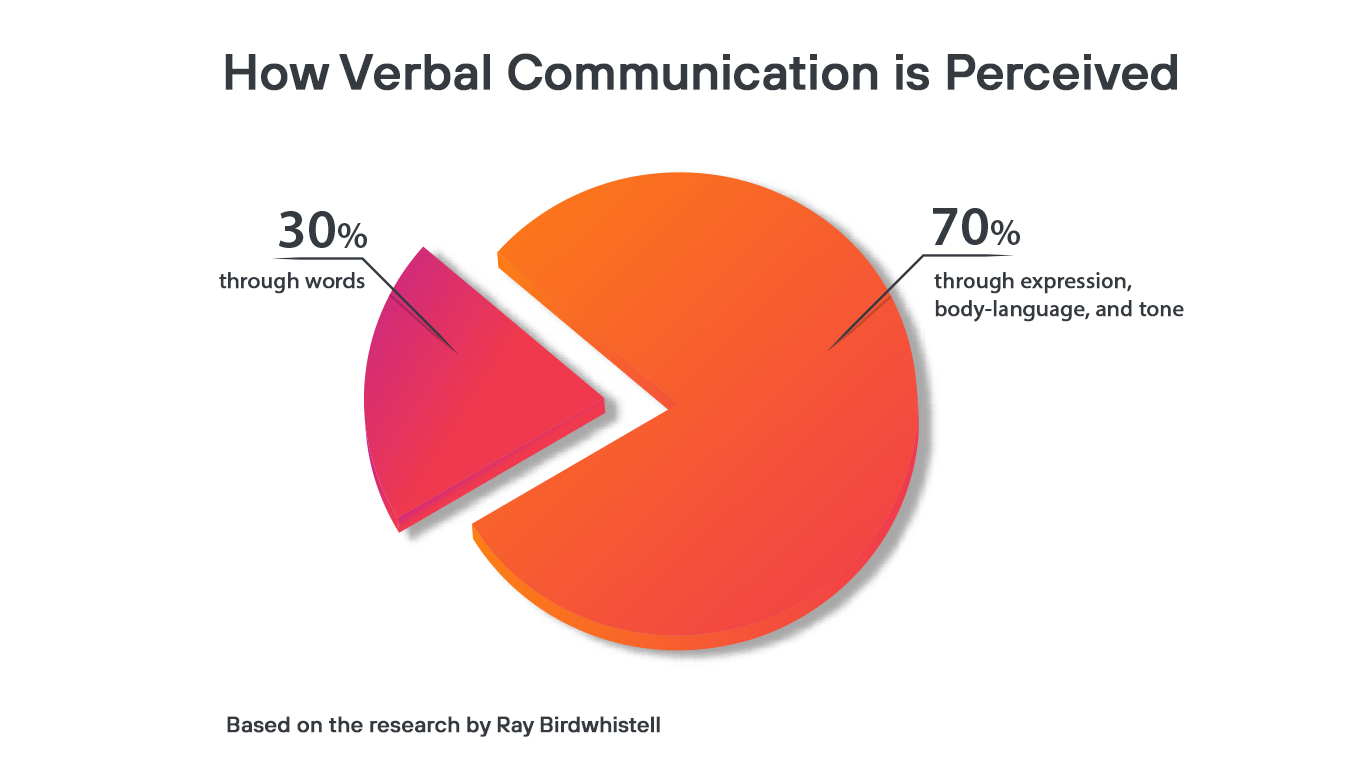 Text-book concepts can be effectively perceived through words only. However, think about this. Is your recipient well-equipped to make sense of such information through words alone? There is no guarantee that every student will go on to become a professor looking after a bunch of post-graduate students well equipped to tell words and emotions apart. How does one handle clients in the corporate world? The technical world? How do students figure out the emotion they want to convey once they step into the real world? Even Anthropologist Ray Birdwhistell in his research concluded that less than 30% of communication was through words. At the same time, the rest was the tone, expression, and body language. This was aptly described by one of the critics of such anti-Mehrabian writing: "Tell someone they're amazing in a sarcastic tone rolling your eyes, and see how they perceive it!"

When we think about verbal communication, we are mostly limited to the exchange of information. This, however, is a dangerous disposition. Some would argue that the exchange of information is merely a lecture-hall affair instead of genuinely reaching out to an audience. However, there is a lot yet to be achieved. As effective speakers, it is our responsibility to ensure that the information being imparted is well perceived. This goes back to what we said about communications in and outside lecture halls in the section above.

How does one persuade, though? Think about politicians for a moment. When you think about the most influential ones, they usually have a splendid command over speech. How they use words, what gestures they make, are certain words high-pitched? All of it goes into defining how well they do in the next election. The opposition may have a better idea. They may have a well-documented plan for the future. However, in the end, it is mostly the charismatic ones that end up taking the chair by the high horses.

One could say that our job is half done by this point. However, an efficient communicator must also account for how their words are being perceived. Having done that, they must then be prepared to go over the persuasion stage again and again, for as long as it takes.

While there are loads of benefits of good verbal communication skills, we have compiled a list of a few that demand prompt attention. 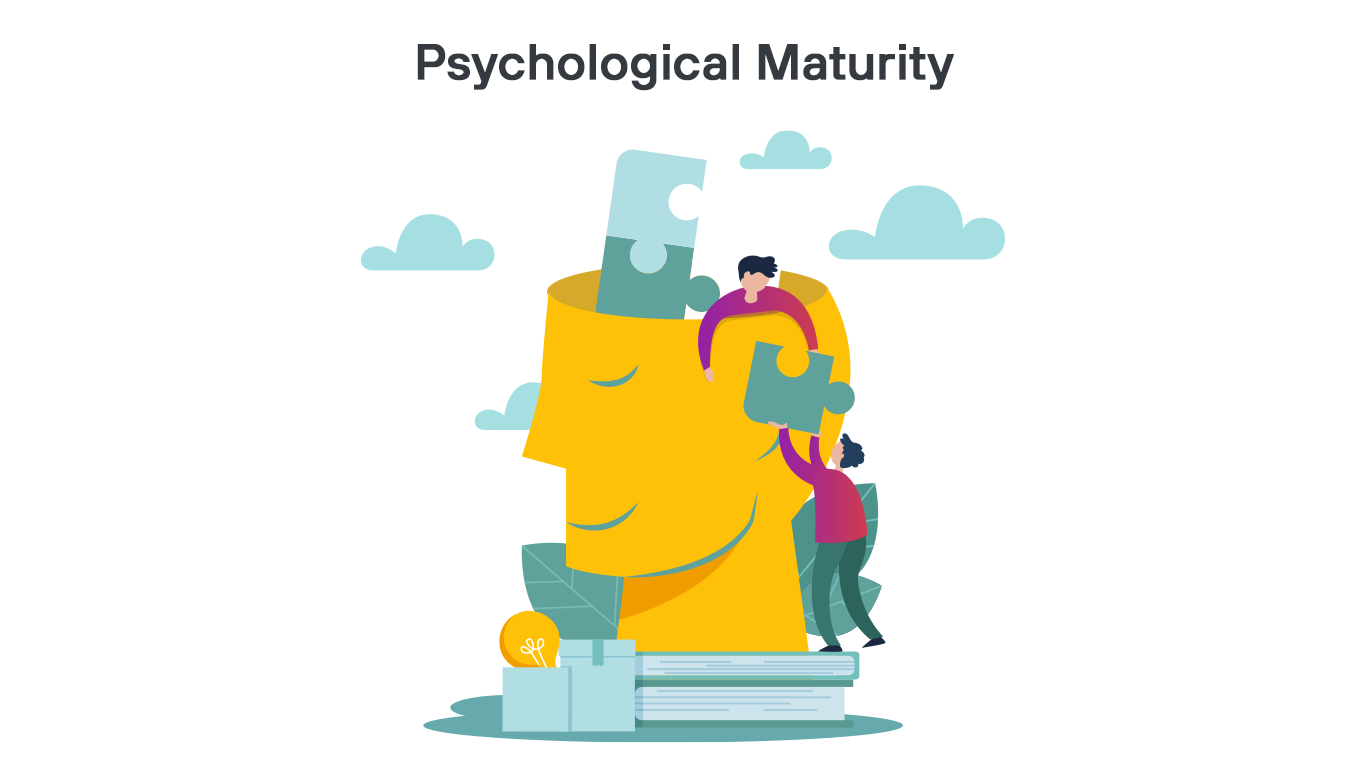 The APA defines psychological maturity as "the ability to deal effectively and resiliently with experience and to perform satisfactorily in developmental tasks (biological, social, cognitive) characteristic of one's age level." Resilience comes with communication, more so with face-to-face interaction. If verbal communication skills are not enriched, students miss out on what they could gain in terms of psychological maturity.

How do students figure out how to behave in social situations? Let us say that two people in one's society/colony get into an argument. As responsible people, one should be able to contribute to resolving it. How one acts in such a situation is a precursor to judging how skilled one is in terms of social intelligence. Think about arguments at school even. How often have we heard children, especially those in their teens, complain, "oh, they're so mean, I am not talking to them"?

Effective verbal communicators would be able to negate these sorts of situations on their own. This promotes togetherness, cooperation and also helps students gain experience for similar events in the future.

Verbally equipped students are better at expression. Like we talked about politicians earlier, verbal communication is vital in all walks of life. Telling someone, "I am there for you", is something. However, telling someone "You can count on me" with a smile on your face is an entirely different thing.

Most of us may have heard the expression "The boss tells, the leader shows". Today's students are going to be these very bosses and leaders tomorrow. It is up to the teachers and parents to ensure students in their care turn out to become leaders. We must realize that effective and 'personal' communication inspires the workforce, which is why early development of verbal communication must be capitalized on.

Research also shows that students tend to remember content and context much better in a discussion-based class as opposed to ones where only the teacher does all the teaching. Discussion-based classes enable students to get to know their teachers and peers, which helps them relate to the subject matter more intimately. However, to reap the full benefits, students must learn to communicate better verbally. 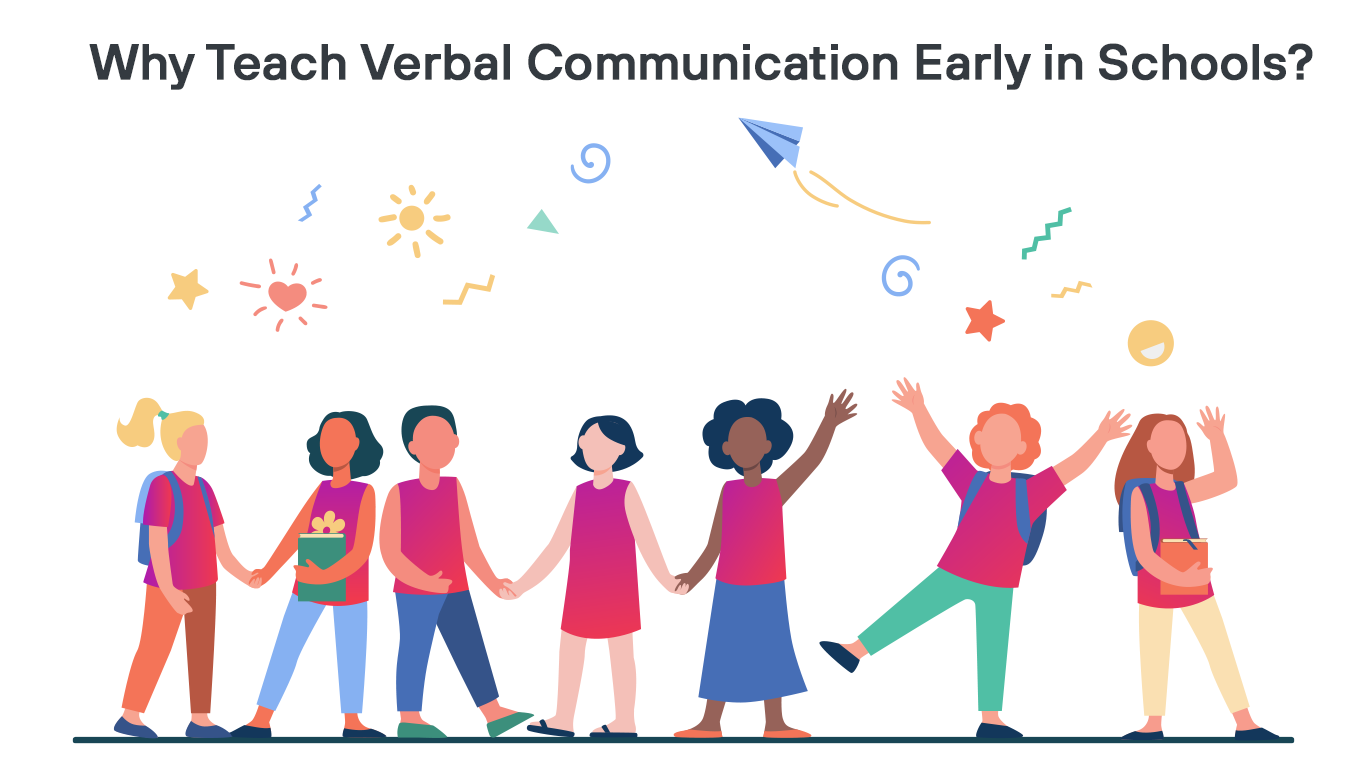 Why Start Early and in Schools?

In 1979, psychologist Urie Bronfenbrenner's theory of ecological systems categorized School and Family as 'Microsystems' that have an immediate effect on children. Children are likely to imitate how parents and teachers behave over other stigmas. It becomes imperative then to focus on training children, especially of ages 3-6 years old, so they can become better communicators later in life. This responsibility falls primarily on the shoulders of parents and teachers. Once children pick up a behaviour, it becomes difficult to modify that later in life.

It's About a Fulfilling Career and Life

Most people are, perhaps, familiar with the popular Nepali saying, "Bolne ko pitho bikchha, na bolne ko chaamal pani bikdaina." Good verbal communicators can even sell rice flour, while others can't even sell grains. This has been a long term 'word of the wise' staple for anyone who's introverted in nature. Though exaggerated, we cannot undermine the weight this saying holds. To make professional progress, one has to talk their way through the top. Even if someone looks brilliant on paper, the way they present themselves and how they are perceived in general dictates how well they move forward.

We all realize the feeling of not being 'taken seriously'. While it might not seem like a big deal during school years, it can be frustrating professionally. It contributes to loads of mental health issues that students might go on to face later in life - primarily, an unsatisfying career!