Do Students Remember Everything they Learn in Class?

Retention is defined as the amount of information that students remember from a particular lesson/topic. Every educator at some point in their career, or even consistently, has wondered if they could do something differently to influence better learning and retention in their students. Or you might have wondered why it is that some students tend to retain information better than others?

The reasons are countless both inside and outside school. Educators can’t really influence what a student does outside the designated class hours. While there does not seem to be much one can do outside a classroom, several studies such as ones conducted by Karpicke and Blunt in 2011 have shown that there are, in fact, certain techniques one can employ to boost retention and learning.

We have mostly shifted to an online learning environment. Which means we have a new challenge ahead. Although studies claim that students retain information better online (25%) than in a physical classroom (10%), much study is needed to shed light on the intricacies of this situation. Other papers such as one by Pei and Wu (2019) on college undergraduates claim that offline learning ‘does not have any advantage’ over online learning.

The difference between online and physical classrooms is further enunciated by a number of socio-political factors which has to be accounted for. Whatever may be the case, however, it is a well established fact that much has to be done in terms of helping students retain as much information as possible.

Let us delve a little deeper inside the whole arena of studies and findings associated with retention in classrooms. We shall look at several methods and their effectiveness so that we have a fair idea for the evaluation of our own strengths and weaknesses.

As the name suggests, Testing Effect is basically trying to figure out how ‘testing’ students periodically, improves learning and retention. The idea is to approach a topic well before it sees the light of the day in class.

Here’s the idea. Let us say there are two groups/classes (A and B) that a particular is teaching the same topic in. For group A, the teacher assigns learning materials — be it videos, articles, blogs, etc. about a topic that students are supposed to learn sometime later in class. Let's say these learning materials are rolled out a week before that particular topic is discussed in class. Group B, however, does not get any prior reading material or other resources. 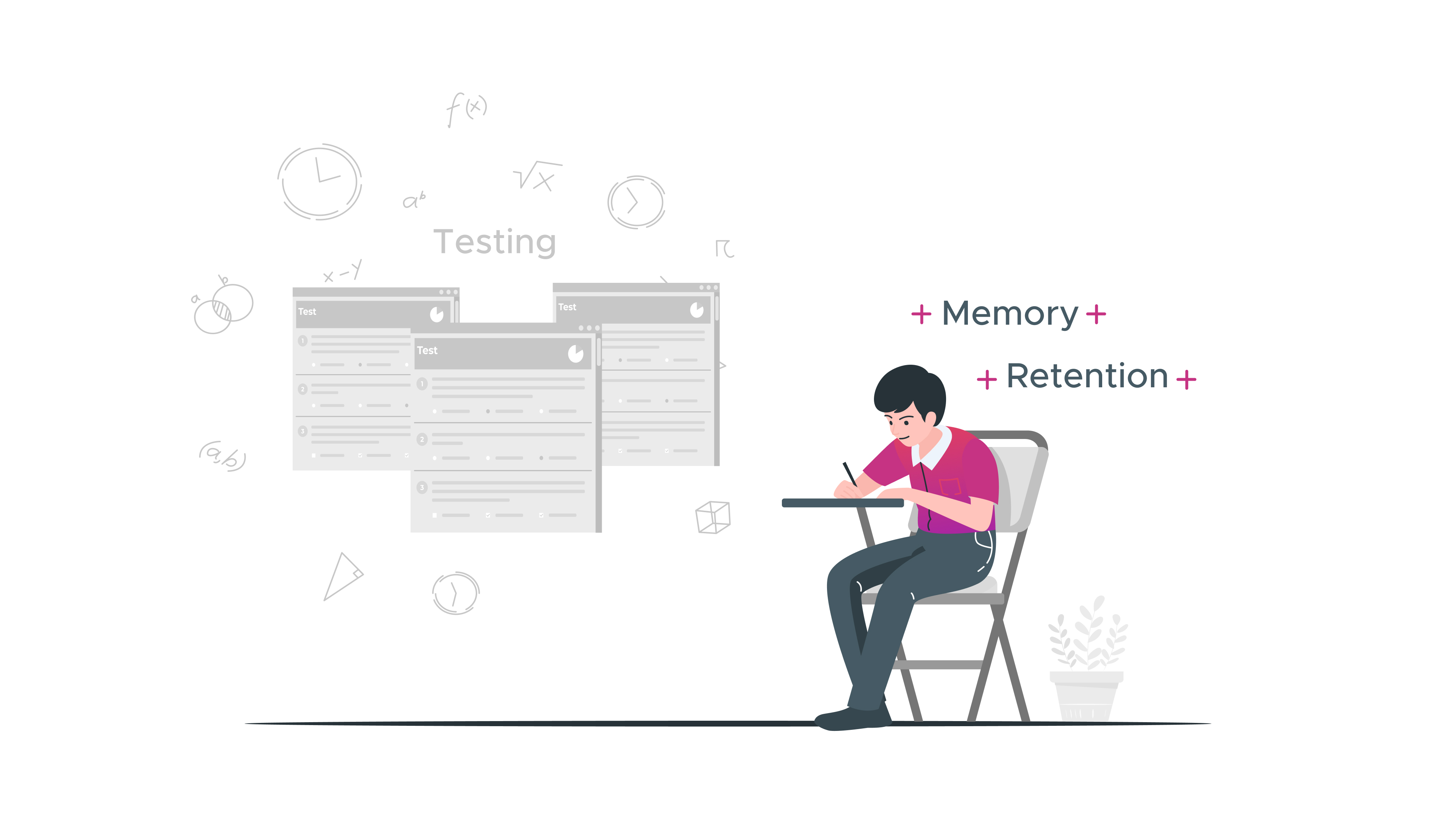 The teacher then announces to group A that students will have to answer a Multiple Choice Questions (MCQ) sheet at the beginning of the class. There is no such test for the students of group B.

The teacher then continues business as usual in class for both groups A and B. When the topic is complete, however, teachers assign an MCQ to the students, this time for both groups. Which group would do better?

Our intuition may tell us two different things here. Firstly, one might think that A would do better since they have been tested twice and they also had access to materials well before the actual class. However, on second thought, one might argue that because of additional pressure on the students of group A, it is infact group B that does better in the second MCQ sheet.

The reality, as it turns out, is a little more complex.

Testing without intervention through feedback tends to undermine the potential of all the efforts put into testing itself. Evidently, children of mean age 7.71 years displayed adult-like behavior when answering MCQ sheets after ‘immediate feedback’ on their previous test (Fazio, Goswick, & Marsh, 2012). What this means is, that children approached difficult questions with better composure and ease compared to other children who did not receive feedback. 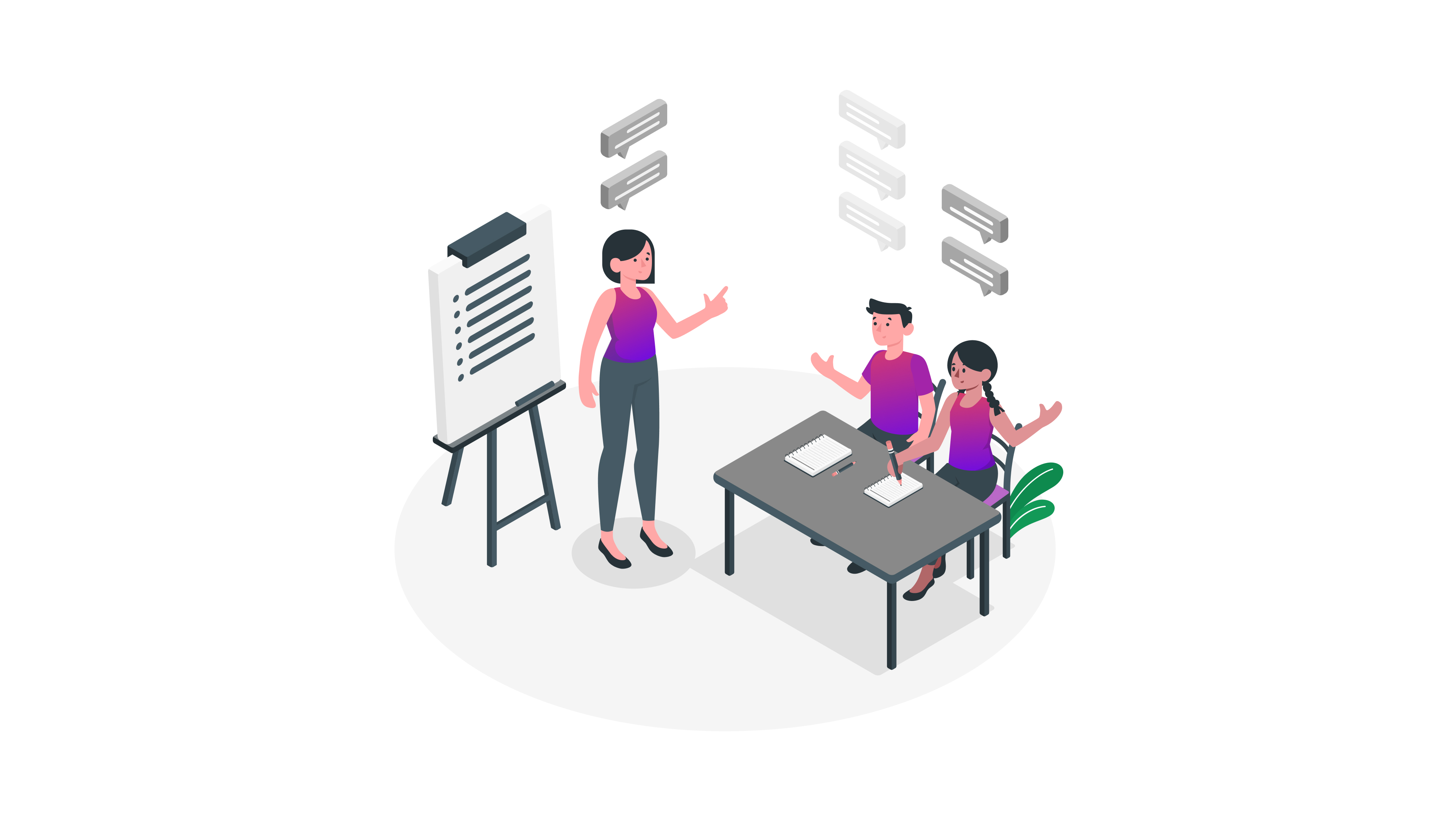 They did note an improvement in retention through just testing without feedback. However, the improvement following feedback turned out to be almost twice as large.

Countless experiments have been conducted to study the effects of testing and feedback. They are, however, mostly limited to college students. The effects of feedback after testing in college students is not as evident as it is in the case of children. There is still a catch though.

How Repetition Compares to Testing

Perhaps one of the most considerable studies done in terms of evaluating retention is Roediger and Karpicke, 2006. College undergraduates were divided in three groups and their evaluation strategy consisted of the following :

Group 1 :- Students read a passage for five minutes and are done.

Group 2 :- Students read a passage for five minutes, take a break, and read it again. They repeat this twice such that they read the passage four times.

Group 3 :- Students read a passage for five minutes and then note down what they remember for 10 minutes. They repeat this one more time. 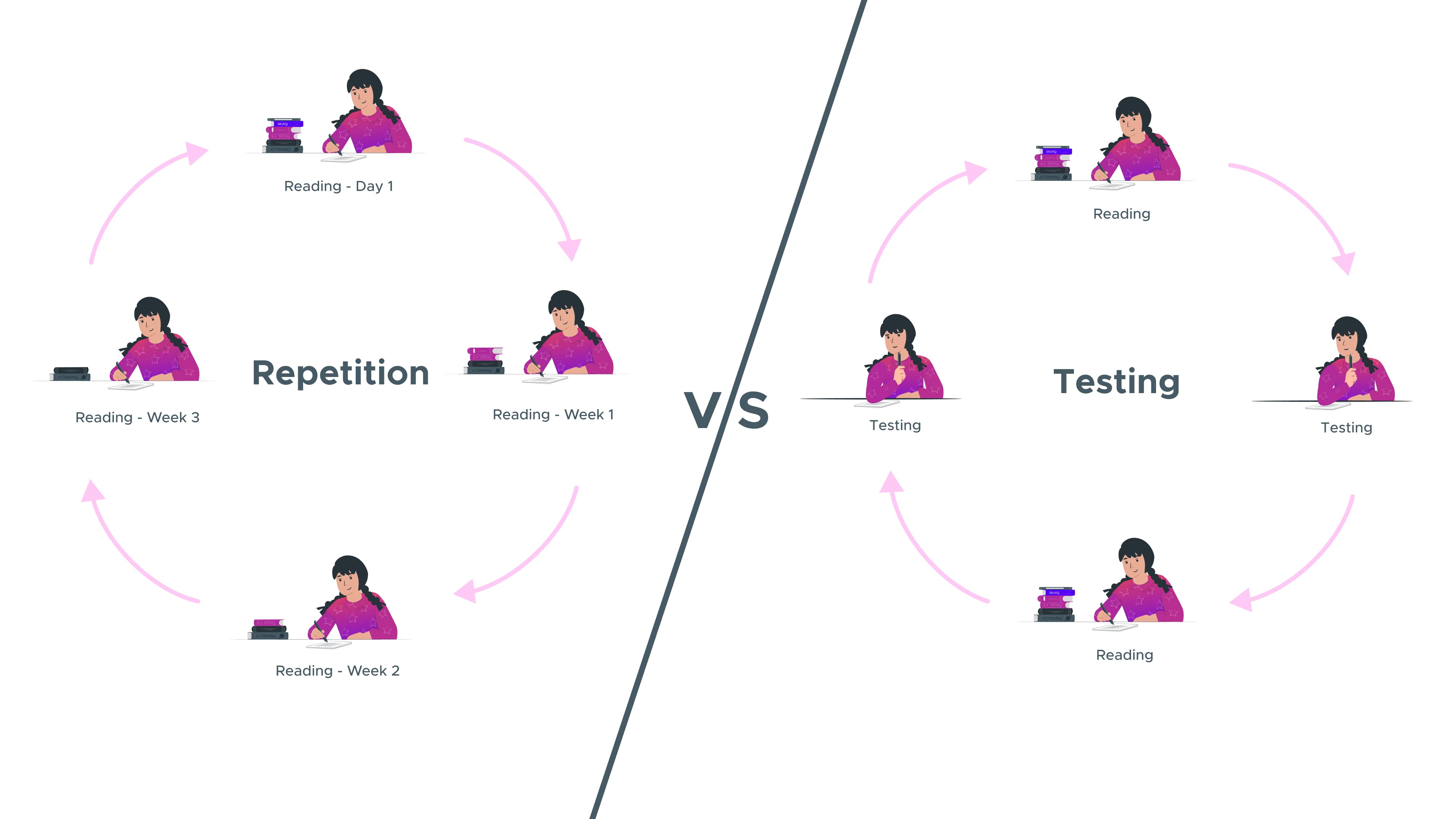 All three groups take a test a week later. Turns out, Group 3 did much better than the others!

While Group 2 was also exposed to repetition — more than Group 3 in fact —  the findings suggested that testing (or noting down in this case) was considerably more efficient in terms of aiding retention.

The authors also noted that the third strategy allowed students to apply what they had learned into other new contexts as well. The versatility in terms of utilization of knowledge is one of the major pointers that indicates the effectiveness of learning and education.

How Does it Relate to Online Education and What Can We Do?

We noted at the beginning how the difference between online and offline learning might not be too different after all. Alternatively, online education might just be a little more effective. However, what significance does Testing Effect have in terms of online classes?

With education being online, teachers and educators do not have the liberty of accessing students like they have in physical classrooms. Despite all the goodies, we’re still plagued by the lack of personal attention given to students online. This deems the application of retention boosting practices inevitable. And urgently! 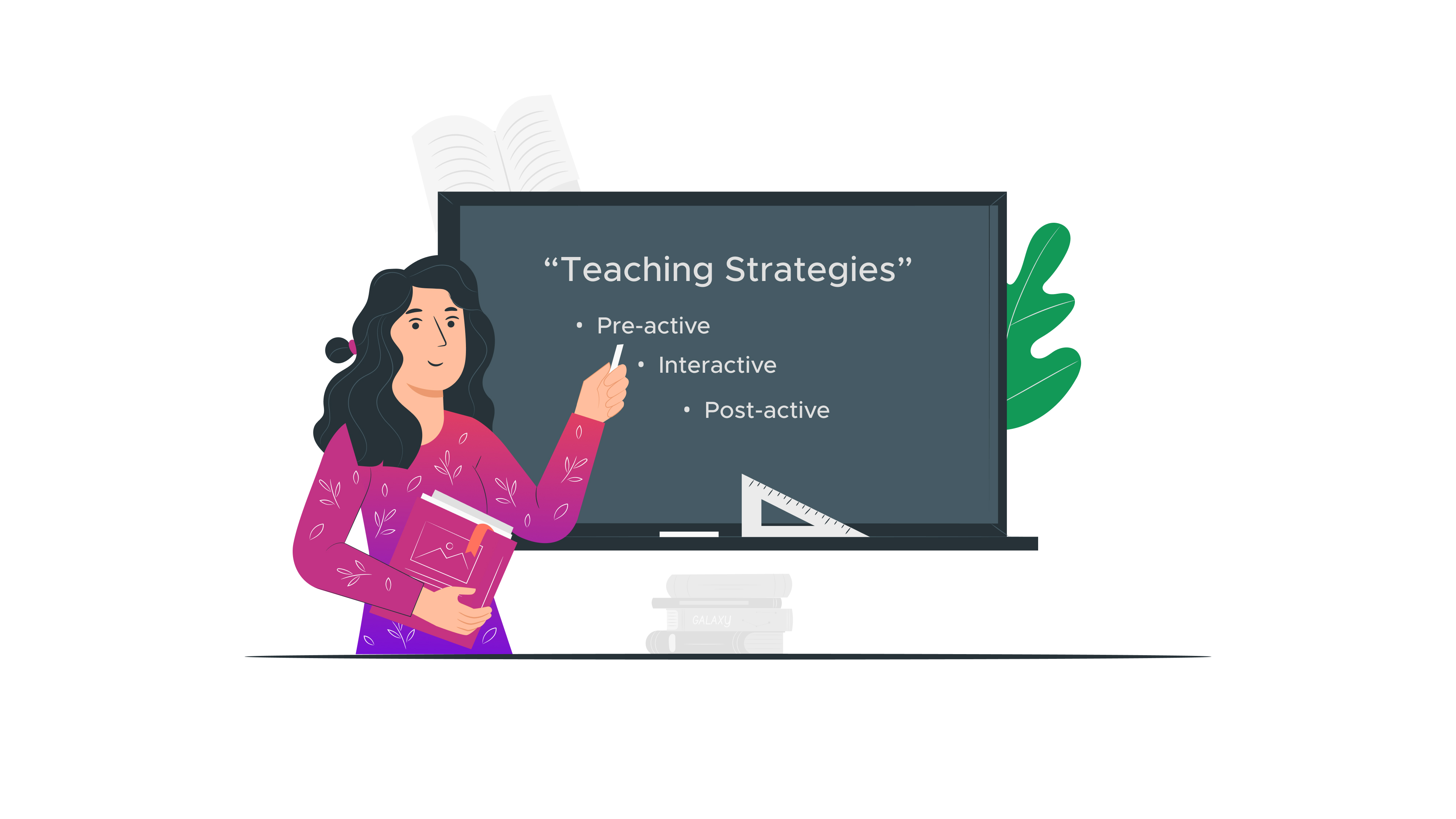 Here’s where the stages of teaching come into play. There are three of them : Pre-active Phase, Interactive Phase, and Post-active phase.

In the next installment of this series about Testing Effect and Retention, we will discuss more about these stages of teaching. We shall also look at strategies used by successful countries like Finland in terms of what they do to make education better and sustainable.

Veda is always looking for ways to make sure that our education stands out to become an exemplary marvel at display. We make sure that we are always bridging the gap between what works and what is desirable. We look forward to building acquaintanceships to help us regulate and forge a better understanding toward the best educational practices around the world.

Veda urges everyone to join us through this journey by sharing your valuable thoughts and opinions with us through email or comments on social media.

Part 2 of this blog continued